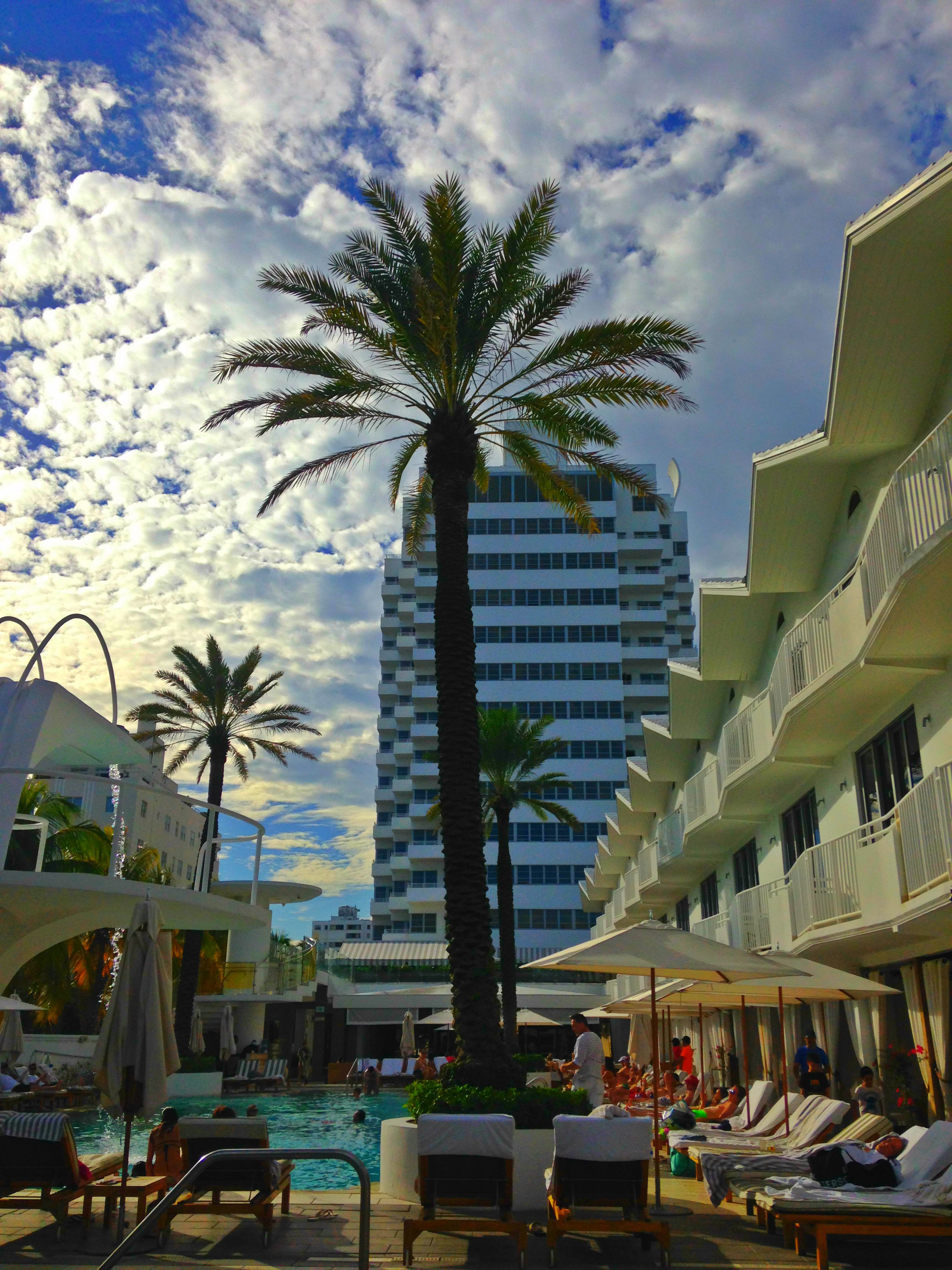 Miami is not exactly a destination that screams “Let’s bring the baby!”, but that’s where we ended up spending the New Year’s holiday, first at a hotel in South Beach and then at a private high-rise residence in midtown for NYE and the fireworks.

We really like to travel for NYE and see no reason why that should stop now that we have the munchkin. However, figuring out what was possible for ringing in the New Year without a babysitter was a struggle, and we ended up heading down to Miami very last minute.

As a New Year’s destination, especially one to where you are road tripping it in the winter, the warmth of Miami makes a lot of things easier. There is also no shortage of things to do and see. The only downside was that there was so much hype surrounding Justin Bieber’s NYE pool party at the Fontainebleau that I had “Sorry” in my head for 3 days. Thanks, Miami.

Get out and do something

Our first real hurdle was overcoming the idea that we had to stay in because most places are either too fancy or too alcohol fueled to be able to bring a baby. Granted, for the actual countdown and fireworks, we were in a private residence drinking our champagne, but that’s because we had a killer view of all of the firework shows in the area from midtown. Had we stuck with our original thoughts of staying home or being somewhere where we would have been snowed in, we would not have had as much fun as we ended up having. The key is actually getting out and doing something.

You’d be surprised at where you can take baby

We initially stayed at The Shelborne, right in the heart of South Beach, and were pleasantly surprised to see a number of other guests with kids and babies (something I never thought I’d say). There’s a restaurant on site with a nice happy hour (The Sarsaparilla Club) and several bars, plus a ton of restaurants and shopping in the immediate area, and it is located directly on the beach. The hotel is a bit pricey, but you are paying for the location, the art deco design, and the history of the place.

I would never have thought of a hotel in South Beach catering to couples with babies. In fact, I was worried that the hotel would not even allow infants, but that couldn’t be further from the case. We were also able to take part in the happy hour with no problem, and we were within walking distance of really nice restaurants that also were very accommodating to us bringing in a stroller. We had a fantastic dinner at an upscale ceviche restaurant called OLA, and when the baby was fussy, we quickly moved to a table outside to not disturb other patrons (we’re always very conscious of that). They were happy to make us comfortable wherever we chose to be.

There are lots of strollers around Miami

I was also pleasantly surprised at how many people were pushing strollers around in South Beach, something I never even would have noticed pre-baby. It was a great reminder to me that people do this baby thing and still manage to get out of the house and have a good time. We weren’t the sore thumb I thought we might be, as it turns out. Also, people in Miami have the coolest strollers. We had to order our Quinny online, and it took weeks to ship. Never before, outside of Europe, have we seen so many other Quinnys and UPPAbabys.

Baby just wants to spend time with you

As a guest at The Shelborne, you’re automatically reserved space by the pool, which we happily took advantage of with baby in tow. The temperature was perfect: mid-70s, a nice breeze, and not too much sun for baby. We had a great view of the pool and a waiter bringing us drinks while the baby napped or played in our laps. The baby really enjoyed the quality time by the pool and that’s really the point, isn’t it? We were all able to have a nice relaxing time with our favorite people, which would have happened whether we were in Miami or in a cabin in the woods in rural North Carolina. Miami has my vote though.

How to jacuzzi with a baby

As a total newbie mom, I have wondered what the protocol was for taking a jacuzzi while keeping an eye on a little one. After seeing a 14 week old sleeping in its car seat while his mom took a dip at The Shelborne, I wondered why I had ever been worried about that in the first place. I realized that I had been concerned about other people’s judgement (about what, I’m not sure), and it was really all in my head. I just needed to see someone else do it free of guilt.

We had a successful NYE in Miami, and it really laid the emotional groundwork for me for future successful trips with the baby. It did get me wondering though, how does everyone else do NYE without babysitters?

20 thoughts on “What NYE in Miami Taught Me”