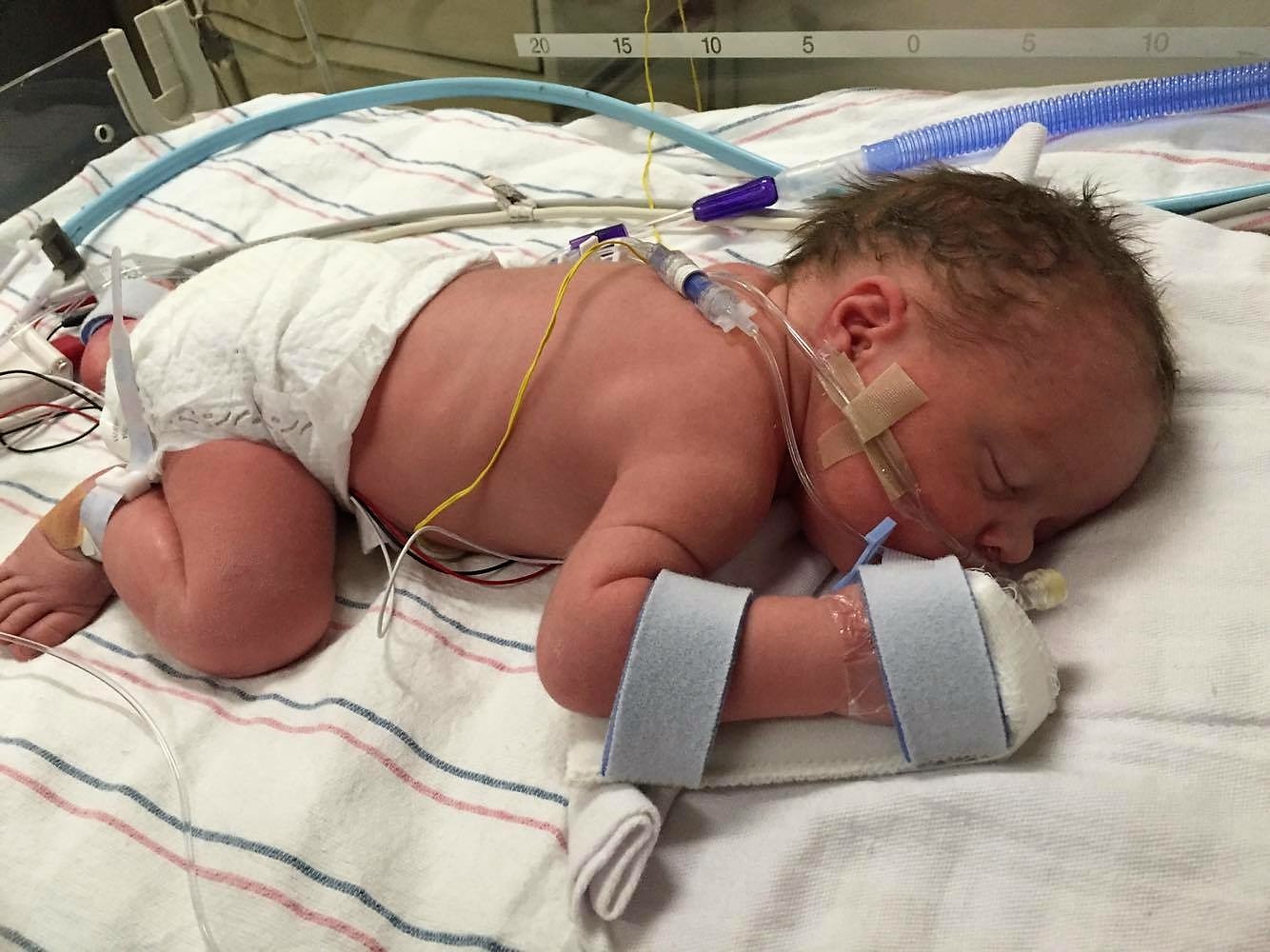 When I was 33 weeks pregnant, I began to itch up and down my legs, down my arms, on my stomach, and on my palms. I itched so badly that I made myself bleed from scratching so much. Nothing would stop the itch. I would get in the shower for relief, but the itch would return shortly after, barely giving me any reprieve at all.

How Serious Can Cholestasis Be?

I began to search online, like every pregnant woman does when anything weird happens with her body, and I found two possible causes: either PUPPP (pruritic urticarial papules and plaques during pregnancy), which is largely harmless, and intrahepatic cholestasis of pregnancy (ICP), which can lead to late-term stillbirth in up to 15% of cases according to some studies. I made a doctor’s appointment immediately.

The risk of stillbirth alone is chilling to any pregnant woman. We had been worried about telling people early on because of the risk of miscarriage, but I was not prepared to deal with the high stillbirth risk the last month of pregnancy. Even avoiding stillbirth, other complications can occur, generally in the respiratory system of the infant, where they often develop respiratory distress syndrome in the womb from the accumulation of liver enzymes and bile acids and by aspirating meconium. I also experienced an enlarged liver that caused upper quadrant pain directly under my ribs.

The primary issue in ICP is the accumulation of liver enzymes and bile acids, and the itch occurs due to these molecules accumulating under the skin. This happens because your cells are no longer properly transporting these byproducts of toxin processing out of the liver and gall bladder. The proteins that usually perform this transport function experience a structural change due to your pregnancy hormones that renders them useless. Once your hormone levels have returned to normal, this transport also begins to function normally again.

Cholestasis can occur outside of pregnancy, and in those cases, the condition is not reversible. In pregnancy though, genetics have also been linked to your likelihood of developing the condition, with populations from Chile and Scandinavia being overrepresented (my family is from Denmark) and an occurrence in the family increasing your probability of the developing the disease.

Demand To Be Tested

When I went to the doctor, he immediately assumed that I had PUPPP and told me not to worry. He would go ahead and test my liver enzymes and bile acids anyway, just to make sure. In our healthcare system, we often receive our test results online before our scheduled appointments. In my case, I saw my levels first, and they were off the charts. The level of bile acids in my blood stream were 8x higher than normal levels, and with levels that high, all known case studies reported distress in the infant.

I could not get in for an appointment for 5 days because a weekend happened to fall between when the test results came in and my next appointment. Given that I have a PhD in genetics, which probably makes me one of the most annoying patients to doctors ever, I found that you can take ursodeoxycholic acid, which should help alleviate the symptoms and lower the acid levels. I got on the phone and made them look at my lab results, and they called in a prescription right away. My appointment that coming Tuesday during my 35th week would focus on monitoring fetal distress and taking stress tests.

This is all to say that if you know something is wrong, demand to be tested. Sometimes it is important to take your health into your own hands.

What The Test Means And Treatment

Normal bile acid levels for pregnant women are now considered to be below 10 µmol/L, which only recently changed from 20 µmol/L a little over a year ago. Levels above 10 µmol/L are considered a diagnosis of cholestasis and require treatment and close monitoring for fetal distress through frequent appointments to detect fetal movement. My bile acid level was 80 µmol/L. Case studies have shown that fetal distress, including respiratory distress syndrome, meconium aspiration, and stillbirth, can occur at levels between 20-40 µmol/L, but fetal distress occurred in all cases with levels above 40 µmol/L.

Ursodeoxycholic acid (urso) can be used to lower these bile acid levels, although it actually did not work for me, probably because my levels were too high for it to make too much of a difference. Fetal outcome has not been shown to be adversely affected by urso, and nausea and diarrhea have been seen in a small number of expectant mothers. Urso itself is a bile acid that naturally occurs and is not toxic, in contrast to the bile acids that it replaces in the bloodstream.

When The Only Option Is C-section Before 36 Weeks

For confirmed cases of cholestasis, the recommended course of action is to deliver at 36 weeks of gestation. Early delivery is the best case for survival for the infant, and by 36 weeks of gestation, the infant’s lungs are mature enough to mitigate some of the risks of delivering early. When I went in for my appointment that Tuesday in my 35th week, they performed a series of stress tests on the fetus and scheduled me for a C-section the following week (but I did not make it that long).

How It Ended For Me

At about 4 AM on the Wednesday morning following my appointment, I started having contractions, although I did not realize that’s what they were until around noon when they started coming faster and more intensely. By the time they were less than 5 minutes apart, I was at the hospital where my water broke, but I was not dilated. By 7 pm, he was out by C-section at 35 weeks. He did aspirate meconium and have some respiratory distress, and we ended up with a 10-day stay in the NICU. In addition, I had HELPP, which I’ll talk about at a later date.

Given the risks to him due to the cholestasis and the risks to me (HELPP syndrome), I think he really did come at the right time. I went into labor likely due to the stress of both conditions on my body, and he is now thriving in the 85th weight percentile. You can’t even tell he was a preemie. It was a scary time. We learned a lot and thankfully had the best possible outcome. The condition does reoccur in future pregnancies but does not always, but at least now we’d know what to look out for.