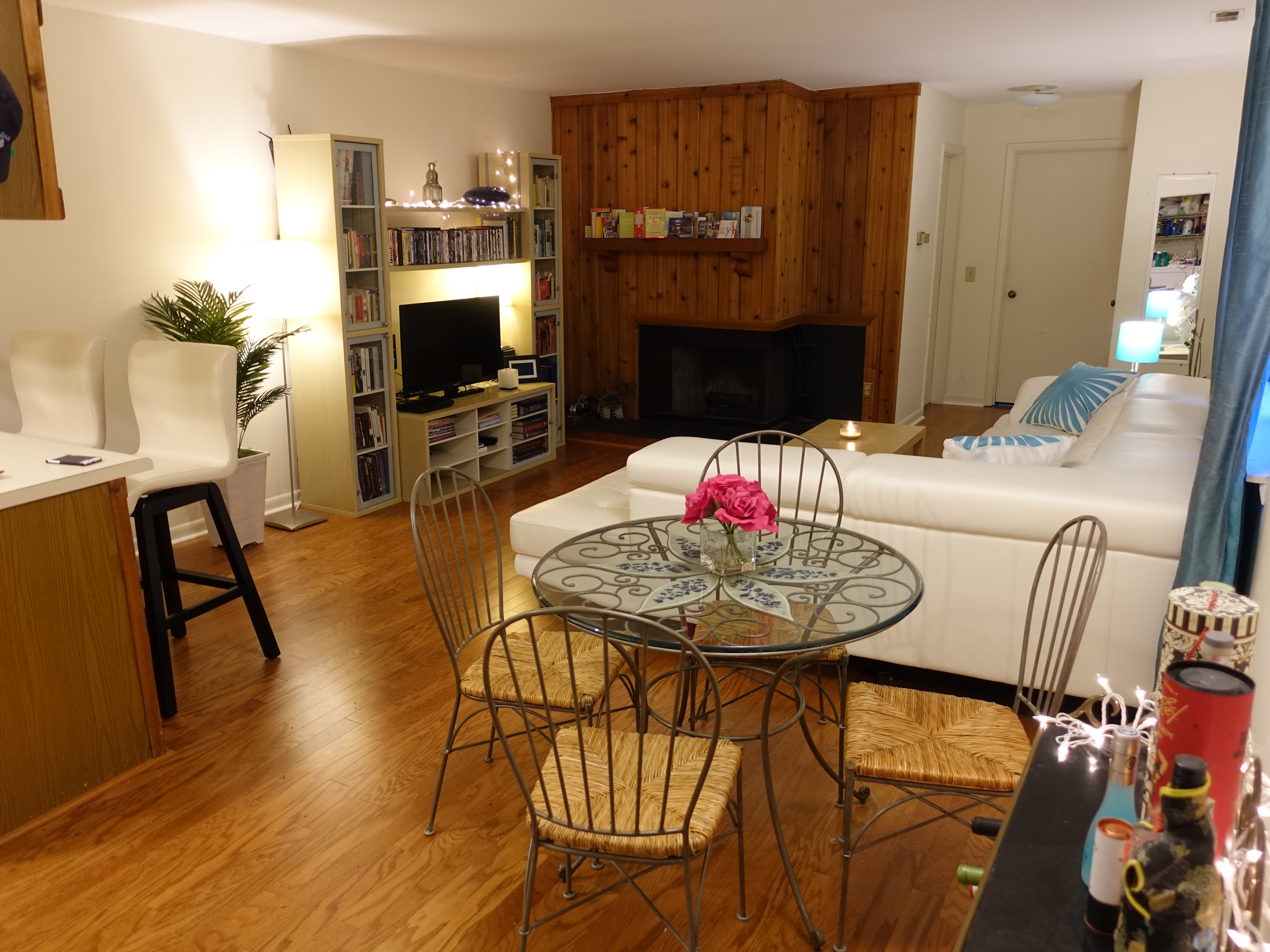 We are trying to buy a house, and I pretty much can’t think of anything else right now. I have a condo that I’ve owned for 11 years, where I went to graduate school, but it is much too small for us, particularly us with the baby, and the constant grandparent visits are making us extra-cramped. There are way too many people at my condo at any given time, and the Little One has nowhere to explore now that he is mobile.

If we had been planning anything, I would have moved before I was pregnant, clearly. Then, knowing I was pregnant, I wanted to be out before he was crawling. That also didn’t happen. Now that he’s about to walk, I want nothing more than to have more space.

The choice between selling and renting a space has largely been dependent on the market. I live in a university town, so early spring and summer is when we need to be on the market either way. We’ve been up for sale, but at some point, we will have to switch to a rental depending on an offer. I do like the idea of making money off of an investment, but having tenants is a potential risk when it would be nice to have closure on the property. Then, if you have to rent, do you go with self-management or a company? Too many options that have their own financial liabilities.

Approval For A Loan

My preapproval happened in about a day. It was figuring out what I would put down on a mortgage, how I felt about PMI, interest rates, closing dates and monthly payments that took a while. We’re trying to buy something where the grandparents can also live, saving on child care and their rent, so it has been a group effort in terms of figuring out the financials. That doesn’t mean that my loan would reflect all of this, and given that my job and credit are both amazing and stable, I’m taking on the brunt of the responsibility. Stressful and maybe a bit unfair, if I’m being honest, but I need to move somewhere else as much as the rest of us.

Searching For Property Out Of State

I live in one of the least tolerant states in the US. This is not why I’m moving, but I do resent paying taxes in a state with such a shitty legislature, and I’m more than happy to put my money where my mouth is in getting the f!@# out of this intolerant place. I do not want to pay for their nonsense anymore. It is a really great place to live when you live in the right districts, but even then, the crappy legislature tries to defund only your districts. Ludicrous.

Moving outside of your state makes it difficult to jump on great deals quickly. Even with a preapproval, I really need to see what I’m buying, and driving 8 hours on the spur of the moment with an 11 month old is not happening. I have my fingers crossed that we will be able to put an offer on the right property in time because mobility between states is proving to be the most difficult part of the process.

Spoiler alert, we’re trying to move to Nashville, Tennessee, which is one of the hottest markets in the country depending on the location. Each little pocket of town has its own market, which may or not be more susceptible to a market crash. Some properties are clearly overvalued, and other properties make you wonder what is wrong with them at their price points. Neighborhoods and school districts also factor into the equation, and not living there makes those decisions even more difficult.

Nashville also has a huge Airbnb market, but within county limits, they may be deciding to restrict Airbnbs to only locations where the owner is also a primary resident, i.e., no whole house rentals within city limits, which can also factor into the decision. This vote by the county has been pushed not by hotel owners, based on competition, but by neighborhoods who argue that Airbnbs have been decreasing investments in the community and schools. They are moving to their second vote tomorrow, which I’m watching with bated breath.

I feel for everyone going through similar maneuvers, especially with a small child. I’d like to be able to find some overlap between a closing date on a new property and when someone needs to move into my condo to ease the transition for the baby. I’m also just excited for a new adventure and looking forward to moving on from here. So much going on and hope that it is looking forward to a positive move for all of us.

7 thoughts on “Buying A House”