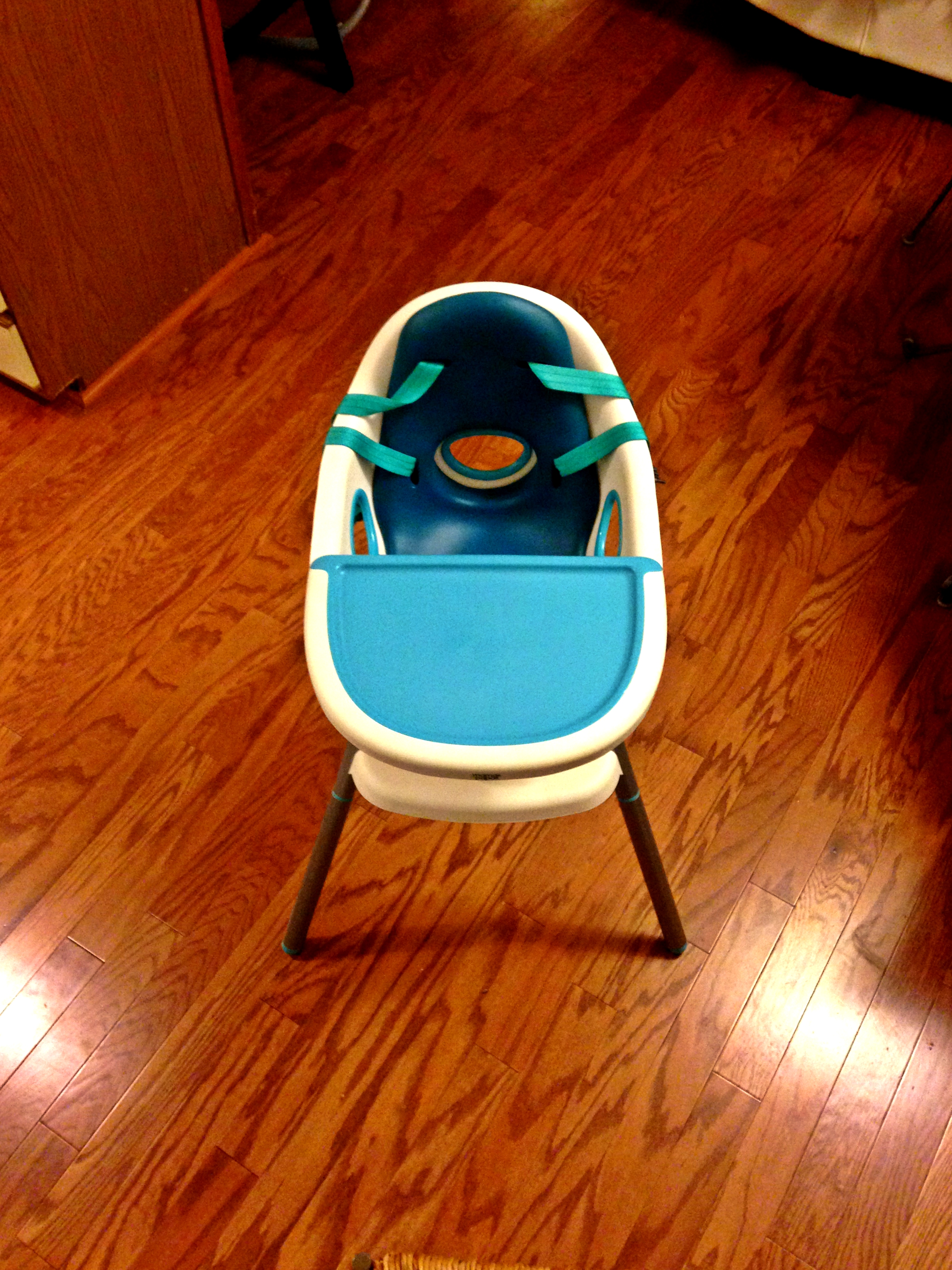 Something to think about if you’re ever invited over for daiquiris. There has been quite a bit of breastmilk in my Vitamix as I have begun my baby food-making experiment.

I have been rather unsuccessfully starting my 6-month-old baby on solid foods for the past two weeks or so, and while the results have been entertaining, we have not been making much headway. We’re working on it though, and I actually don’t think it’s that uncommon to have a slow start. At least that’s what I’m telling myself.

I didn’t want to start him out on cereals, much to the horror of my grandmother and other old school mothers who have asked about when he was going to start eating solids. In fact, I was feeling pretty harassed for not starting solid foods earlier than 6 months. My mom was bugging me so much about giving him solids that I had to threaten her visitation rights to make sure that she did not feed him in my absence. Apparently I was eating ice cream and all kinds of things when I was 4 months old. Don’t care. My kid, my rules.

I wanted him to try a variety of vegetables first because cereals are boring, and since he is still on breastmilk supplemented with formula, he really doesn’t require fortified cereals right now. I want him to get used to tasting different flavors from nutrient-rich vegetables rather than nutrient-poor carbohydrates having to take center stage at every meal.

We’re going to keep on truckin’, but for now, these are the tools that I’m using:

Vitamix – I bought my Vitamix when I was pregnant to try to sneak in more fruits and veggies in the form of smoothies. But then, I got gestational diabetes, and that was out the window. After the Little was born, I used it to make lactation smoothies, which helped me get enough calories to sustain as much breastfeeding as I could muster. Now, I’m using it to make batches of baby food. It is awesome, and I love it. If you can splurge, I would. My particular model heats for soup making and chills for desserts. I also really wanted something that would crush ice without a problem for cocktails.

Ninja Express Chop – I use my Ninja for quick on the spot baby food prep when I’m not planning to freeze the rest. This works especially well for avocado, which baby loves but does not freeze well.

Oxo Baby Blocks for Food Storage – I have the 4 oz. and 2 oz. containers, and I absolutely love them. I didn’t want to use ice cube trays because I wanted containers that I could thaw individually using the same container. There were just too many logistical disadvantages to ice cube trays, and I really wanted to get into baby food making, so it was worth the $20. These are great quality, and the lids come off and seal really well.

Bamboo bowl and spoon – Kind of impractical because they can’t go through the dishwasher, but great quality and design. This was a purchase based on style, and I do love this little bowl. I’d like to get the accompanying plate when he graduates to more food. The bowl adheres well to the high chair tray, and baby loves to teeth on the spoon.

High Chair – I was looking for something stylish in a high chair as well. It just so happens that this high chair is also very versatile. It has an inset for smaller babies that can be removed when they grow. When he gets bigger, the legs shorten for use as a kid’s chair. The tray is also removed very easily, and the legs splay out wider than most, which makes this chair super stable. It comes in really pretty colors too.

This post contains affiliate links, but all opinions are my own.

26 thoughts on “There’s Breastmilk in my Vitamix”